The White-Tailed Deer Rut has Begun!

The White-Tailed Deer Rut has Begun!

White-tailed deer are entering their breeding cycle, aka ‘the rut.’  Like all life, key aspects of their life cycles are triggered by changing day length. Known as the photoperiod, it is the major factor that determines things such as when antlers begin growing in the spring, or when testosterone levels ready the bucks for breeding in the fall. If you think about it, that means that these cycles begin and end the same time every year. Pseudo-scientists like to bloviate about some secret they’ve figured out to know just when the rut will begin from year to year, such as moon phase, but the simple fact remains that photoperiod is the key. 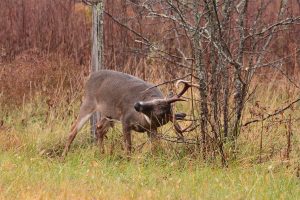 One sign of the onset of a buck’s breeding activity in the fall is the ‘rub.’ Bucks rub their antlers on trees and brush to remove the velvet and leave scent.  Next is the scrape. Scrapes are made by the buck digging up or scraping small patches of earth where he urinates to leave scent to attract does. There is always an over-hanging branch which the buck chews, licks and wipes scent on from his forehead glands (on his forehead) and preorbital glands (located below the eyes).

Rubs are good signs of bucks in the area. Often, the larger the diameter the tree, the bigger the buck. Although some scent is left on the rubbed tree, rubs are not of much significance later on. Scrapes, on the other hand, are freshened and visited regularly all through the breeding season. Hunters often watch and hunt near scrapes, hoping to see a buck.

The accompanying image is one of several fresh scrapes that were seen on October 7 in upstate NY. 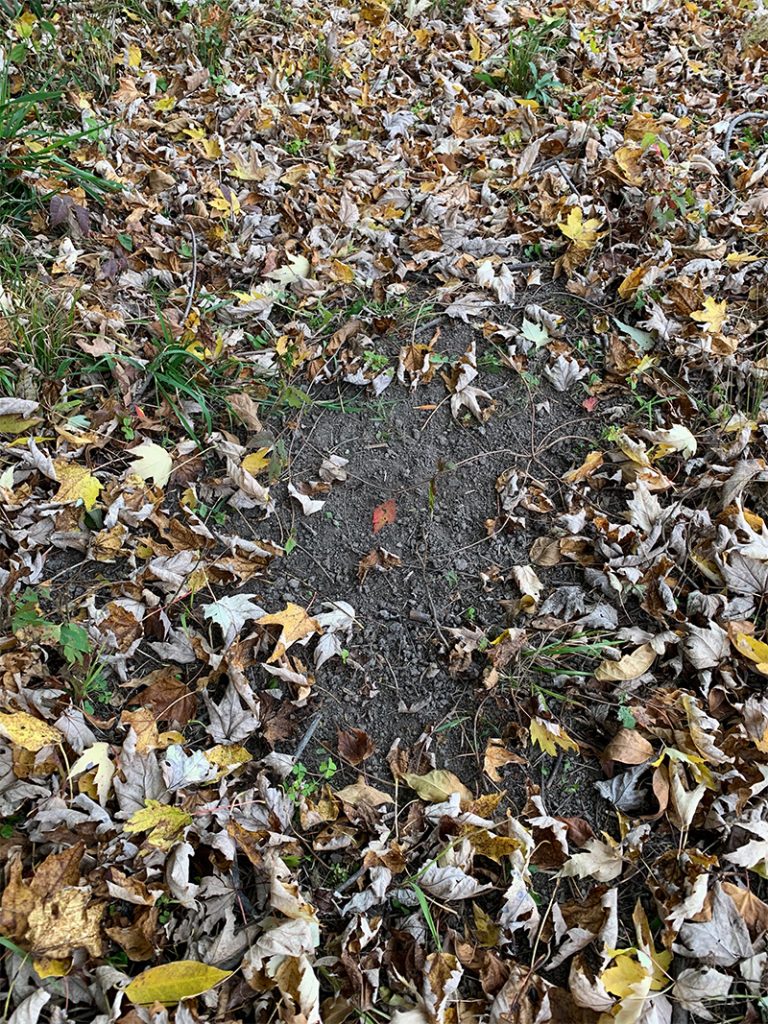